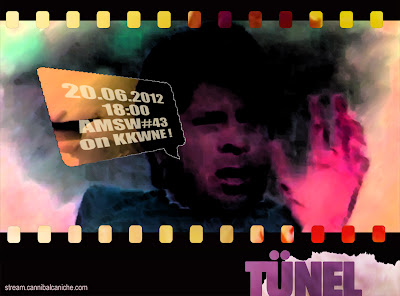 
Release radio show party for their album "Rêveries paranoïaques"
out on H.A.K Lo-Fi Record, N°233 !
AMSW#43 is a part of the Radio Actif Tour of Tünel to celebrate and promote the H.A.K. release !

ANTON MOBIN (fr) : Prepared chamber, cassettes, electronics
Host of A Maïzing Session With...
"We are always in microcosms with Anton Mobin, small things that become audible, manipulations that ultimately create a kind of black hole and around it, a whole sound universe is organized : all will be suck up. Tension, respiration, rhythmic articulation, material analog, remote space."
(Darby Mullins, nov. 2011)